How to claim an airline for the cancellation of your flight

For my profession as a journalist and, above all, for my passion as a traveler, I have had to fly many, many times throughout my life, and I admit that I have been very fortunate because I have hardly had any incidents.

Apart from the loss of luggage a couple of times and some large delays in the departure of the plane , I have hardly suffered overbooking and only the cancellation of a flight .

But in case it happens to you, when flying you must be clear about your rights as a passenger on a flight, and very important, how to claim them .

The massive cancellation of flights that in recent times is making a company as popular as Ryanair  can make you one of those affected by this unpleasant incidence.

What to do if the flight has been canceled

Given these circumstances, what do you do if your flight has been canceled ? What if you have a delay of several hours ? What are your rights ?

The truth is that I would bet that the vast majority of those affected by these incidents are not clear about their rights, as they happened to me when I had the only cancellation of a flight I have suffered.

What are my rights for cancellation of a flight

In case it happens to you in a future trip, it is important that you know what your rights as a passenger are in case of cancellation of a flight .

The European Union has established a regulation since 2004, mandatory, not only for all air carriers of member countries, but for all those operating in European territory.

This regulation establishes the rights of air passengers for the different circumstances that may arise, such as loss of luggage, delays in flights and, of course, in case of cancellation.

Below I will detail your rights if you cancel your flight :

First of all, you have the right to information , which means that they provide you with an information brochure detailing your rights as a passenger, especially regarding assistance and compensation .

In addition, next to the check-in counter, the airline must have a sign advising you that you have rights as a passenger.

In the case of my canceled flight, effectively next to the counters there was a sign advising of those rights and some brochures that very briefly reminded you of the most basic, as well as an international telephone and a website to inform you.

If you are notified several days in advance, you have three options.

When the notification of the cancellation occurs at the airport itself, you are entitled to the attention .

This means that you should be given free food and refreshments, depending on the time you have to wait at the airport, until the departure of an alternative flight offered by the company.

Likewise, they must provide you with free telephone calls, or sending messages by fax or email.

But in the case of the aforementioned cancellation of a flight I suffered on a trip, since it was already at the end of the day, I had the right to, free of charge, transfer all passengers to a nearby hotel so that, the next day, we could take a flight.

So it happened, because in a bus they took us to a nearby four star hotel where they gave us, as a dinner, a pack with a sandwich , a juice, an apple and a chocolate bar, and they also gave us a phone card.

The next day, in a bus we were transferred to the airport to take the assigned alternate flight.

But in addition to the above, you also have the  right to financial compensation that compensates you for the inconvenience of the cancellation, more in case the company does not notify you with a minimum of two weeks in advance.

Regarding the amount of economic compensation , you can consult the table that shows you part of a minimum of 250 euros in community flights of up to 1,500 kilometers away, up to 600 euros in case of a flight to or from outside the Union European and more than 3,500 kilometers.

If the airline offers you an alternative transport solution with a similar schedule, you may still have this compensation right, although for half the amount.

Only in very specific cases, the airline is exempt from paying this compensation.

It would be in case of extraordinary circumstances that must be justified; because you have been notified of the cancellation with a minimum of two weeks in advance; or because he offered you a flight on the same route and similar times.

How to claim for flight cancellation

But here comes another problem, how to claim your compensation for canceling a flight ?

It is a process that you can do on your own, in which you have to go to the airline that has canceled your flight to claim your countervailing duty.

And if you do not receive the right answer and that you are satisfied, you should contact the competent state agency.

Now, out of curiosity, I wonder how many travelers who suffer cancellation of their flight make the relevant claim on their own.

And, on the other hand, do all the airlines operating in Europe comply with the  rights of air passengers ?

In order to facilitate this process to passengers, in recent times companies have emerged that make you the management of claiming your rights before airlines .

Serve the fact that during a year there are usually up to 10,000 incidents susceptible to claims on flights operated in Spain, and that statistics say that only 5 percent of passengers make such claim.

In order to carry out the claims,  this type of company carries out the claim in your name without direct cost because it only charges a commission (30%) for the compensation you receive if the result has been favorable.

In short, it saves us from making an administrative management that can be cumbersome and, due to its experience, with a high level of success in claims.

I hope this information is useful for you to know what to do in case of cancellation of your flight , which I hope will not happen to us 🙂 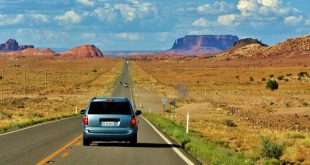 23 useful tips for renting a car for your trip 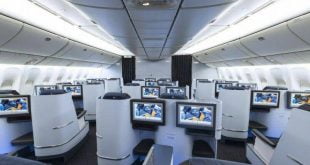 14 tips to buy flights for your trip

How to organize your own trip in 7 easy steps