If there is a cool neighborhood that is now very fashionable in Cape Town , and you should discover on your trip to South Africa , that is the old Malay neighborhood of Bo-Kaap .

Bo-Kaap is another reflection of the multiracial spirit of this African country, since its origin is found in the Malaysian slaves who came to this territory in the mid-seventeenth century along with the first Dutch white settlers.

These slaves of Muslim religion were concentrated in houses that were built on the side of Signal Hill .

Now as soon as you get to Bo-Kaap , as it was my case during the Africa Adventure , you realize why it is a neighborhood that is very visited by tourists who travel to Cape Town .

It is a neighborhood of low houses with very colorful and well-kept facades, which gives it a very special charm.

In the undoubtedly you will be struck by the presence of the current Muslim residents, descendants of those first Malaysian slaves.

Of course on your walk through Bo-Kaap you will see some mosques.

And I tell you that if your visit coincides with the prayer schedule, as was our case, you will be surprised to even be invited to enter a mosque, which you know is forbidden for non-practitioners in most Muslim countries.

Do not be surprised to cross with a lot of young white people, because now Bo-Kaap is fashionable as a place of residence for young people.

For this reason you will also find several Bread & Breakfast and small charming hotels.

In short, a neighborhood that you should not miss on your trip to Cape Town, where you will see another of the very diverse faces that this city has. 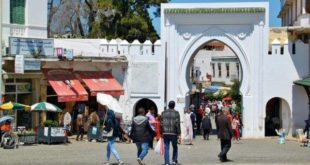 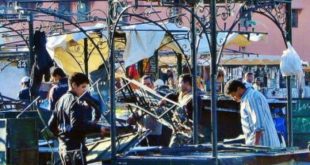